From now on, you can follow the video presentation of all the reports of our international project “Overcoming the consequences of war together” (2016 – 2019), which took place at the final meeting on November 23 and 24 near Kyiv. More than 60 project partners and participants from Ukraine, Russia, Georgia, Armenia and Germany presented for two days each of 6 directions within the frame work of the project and the developed methods of post-conflict rehabilitation, and some of them, such as clinical supervision, are completely new to Ukrainian society.

The closing meeting was opened with a welcome speech by Florian Pötter, First Secretary and Foreign and Security Policy Officer of the German Embassy in Kyiv, who emphasized the importance of our project for Ukrainian society in the current situation and thanked for the work done: 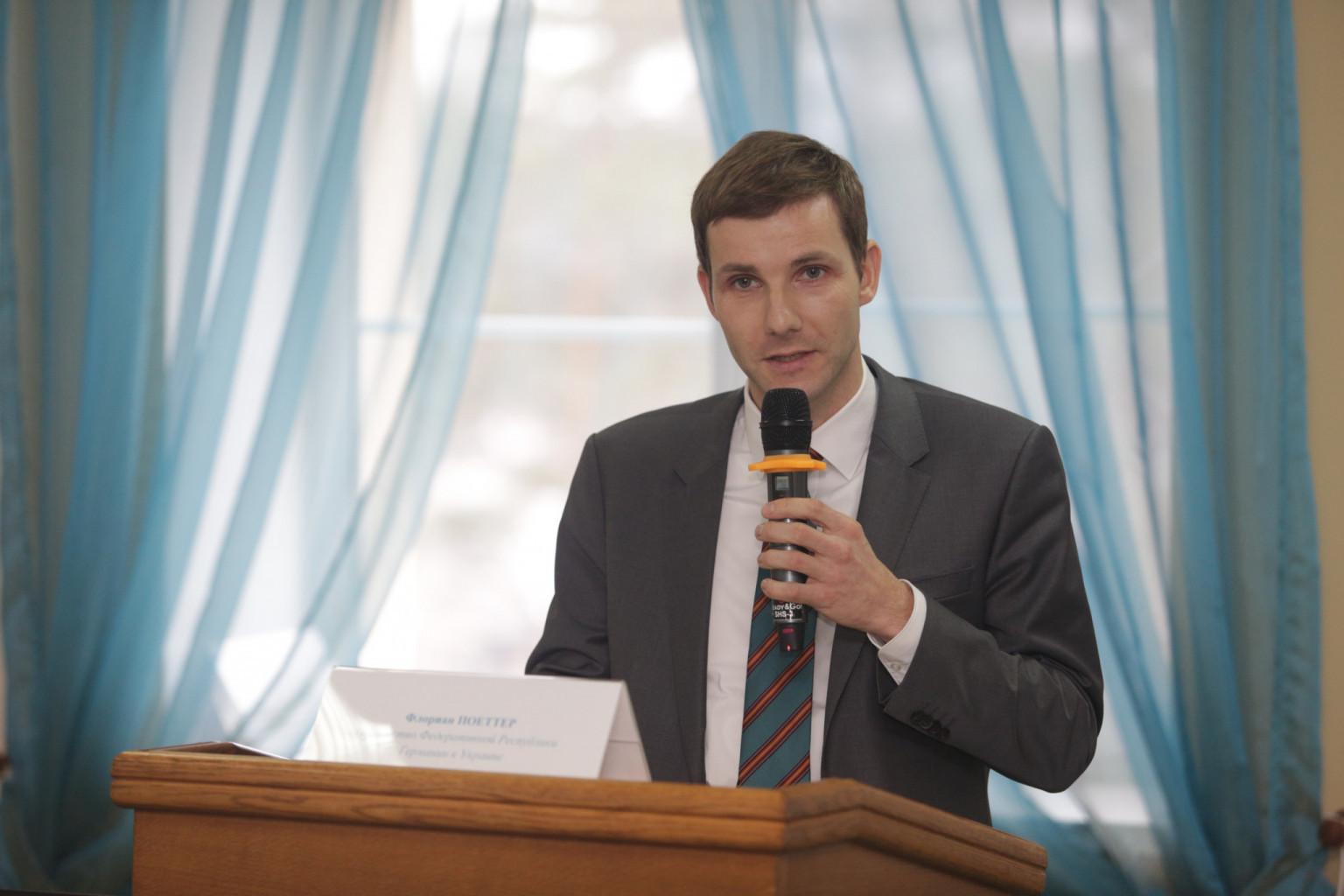 The international project “Overcoming the consequences of war together” has been implemented by the DRA e.V. together with the main Ukrainian partner of the project public organization “Kraina vilnykh liudei” (County of free people) from August 2016 to March 2019 as well as ten other partner organizations from Ukraine, Russia, Georgia, Armenia and Germany.

As part of 5 educational programs for advanced training and education in 6 areas of our project, as well as 3 study tours, a total of 91 activists and specialists from representatives of Ukrainian civil society, as well as partially from Russia, Armenia and Georgia, were trained and re-trained, including the first 18 clinical supervisors in Ukraine. In addition, 286 participants of our two international conferences and one international round table (specialists and experts from more than 10 countries of the world, among them – 9 conflict regions of Eastern and Southern Europe, and the Caucasus) shared their valuable practical experience, got acquainted with the new information from other countries and with important people for further cooperation.

Based on the newly acquired knowledge and skills, the participants in our project implemented a total of 28 mini-projects and conducted over 400 free clinical supervisions for specialists providing psychosocial care in Ukraine. In addition, as part of our project in Ukraine, 4 inter-regional information campaigns were held based on public tenders.

In total, 3847 people participated in the 32 subprojects, which were conducted with the support of our project, and more than 4.279.500 people were involved through social networks and other Internet resources. 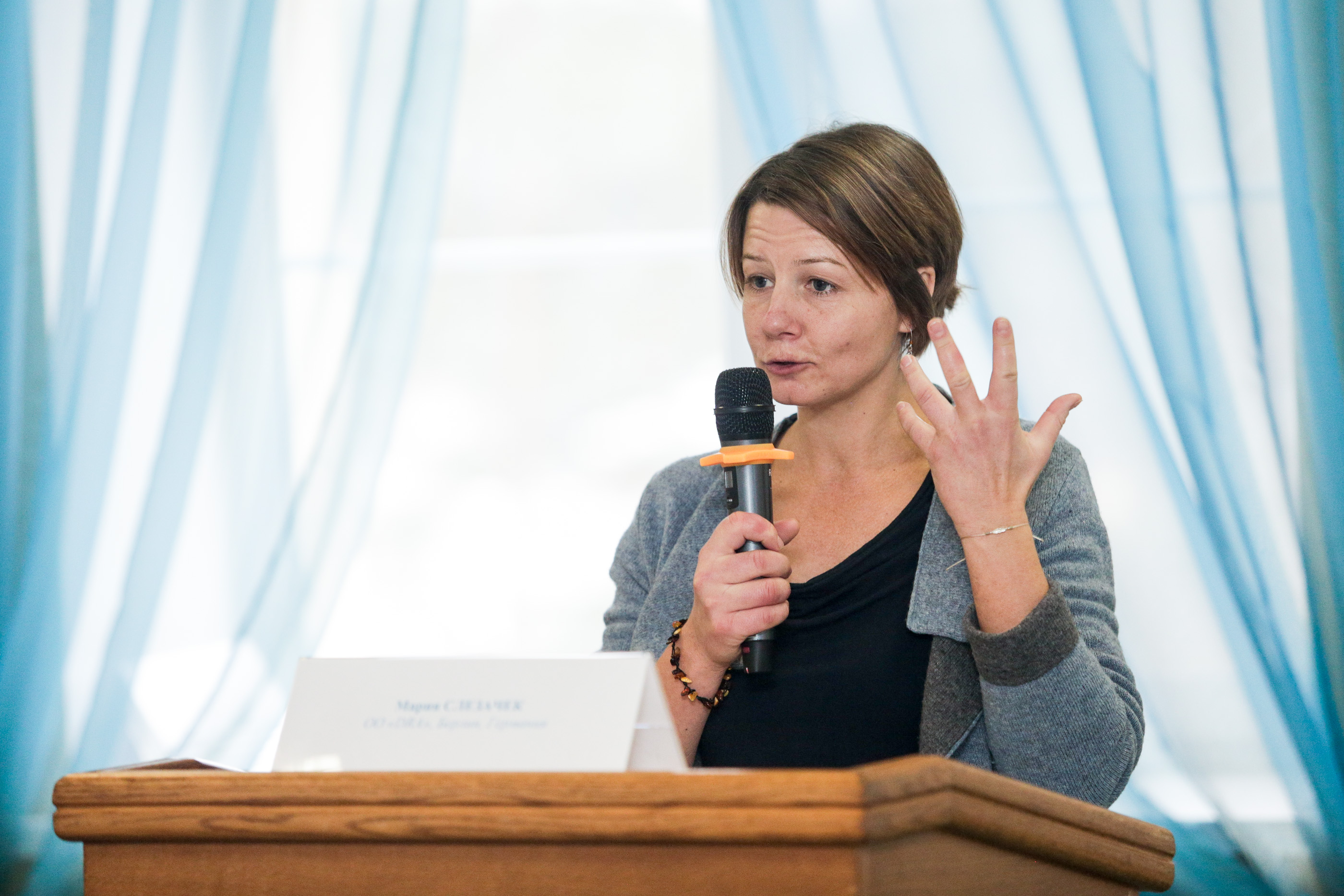 The project itself and its results were presented by Maria Slesazeck – Manager of the Project “Overcoming the consequences of war together”, DRA e.V., (Berlin, Germany), 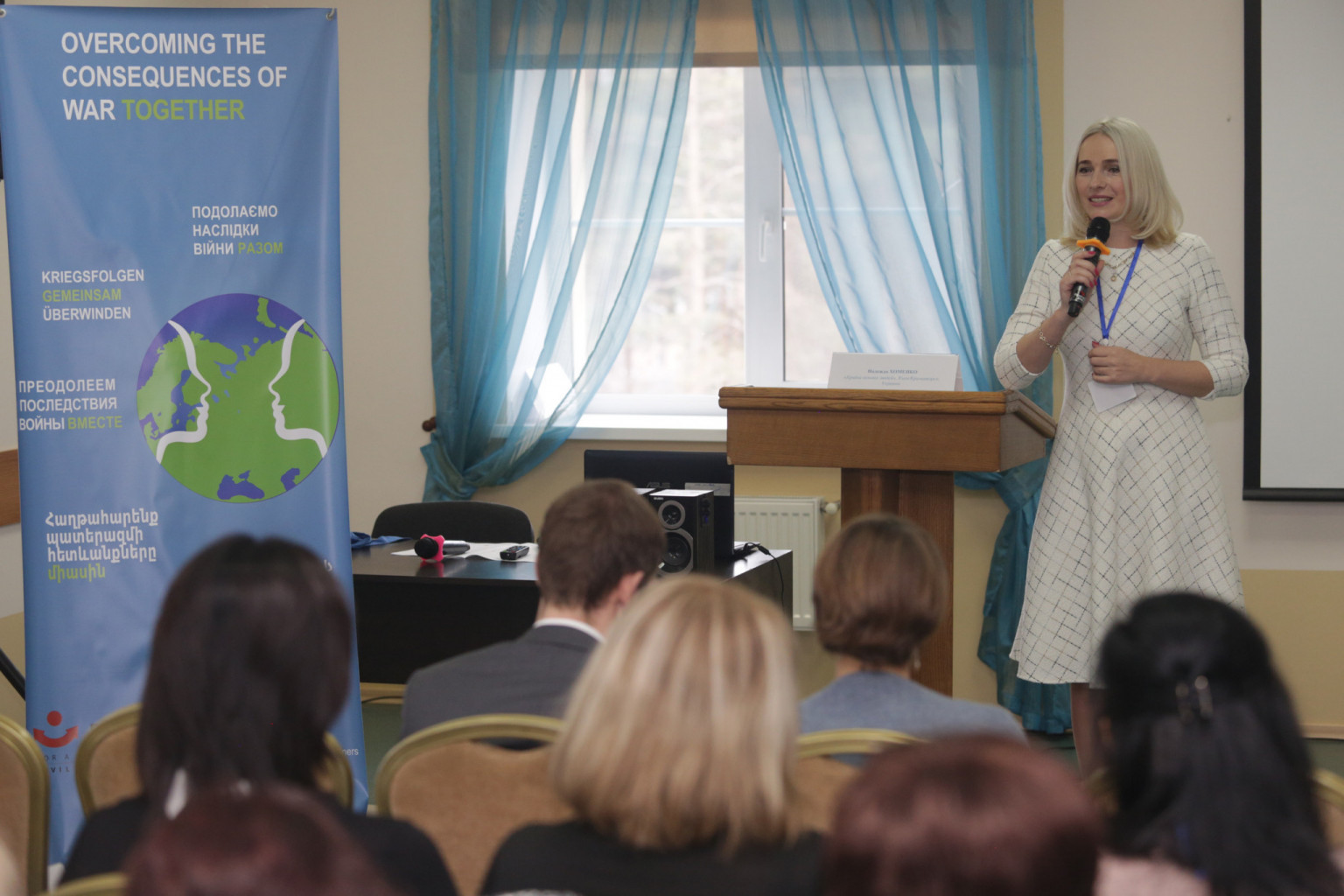 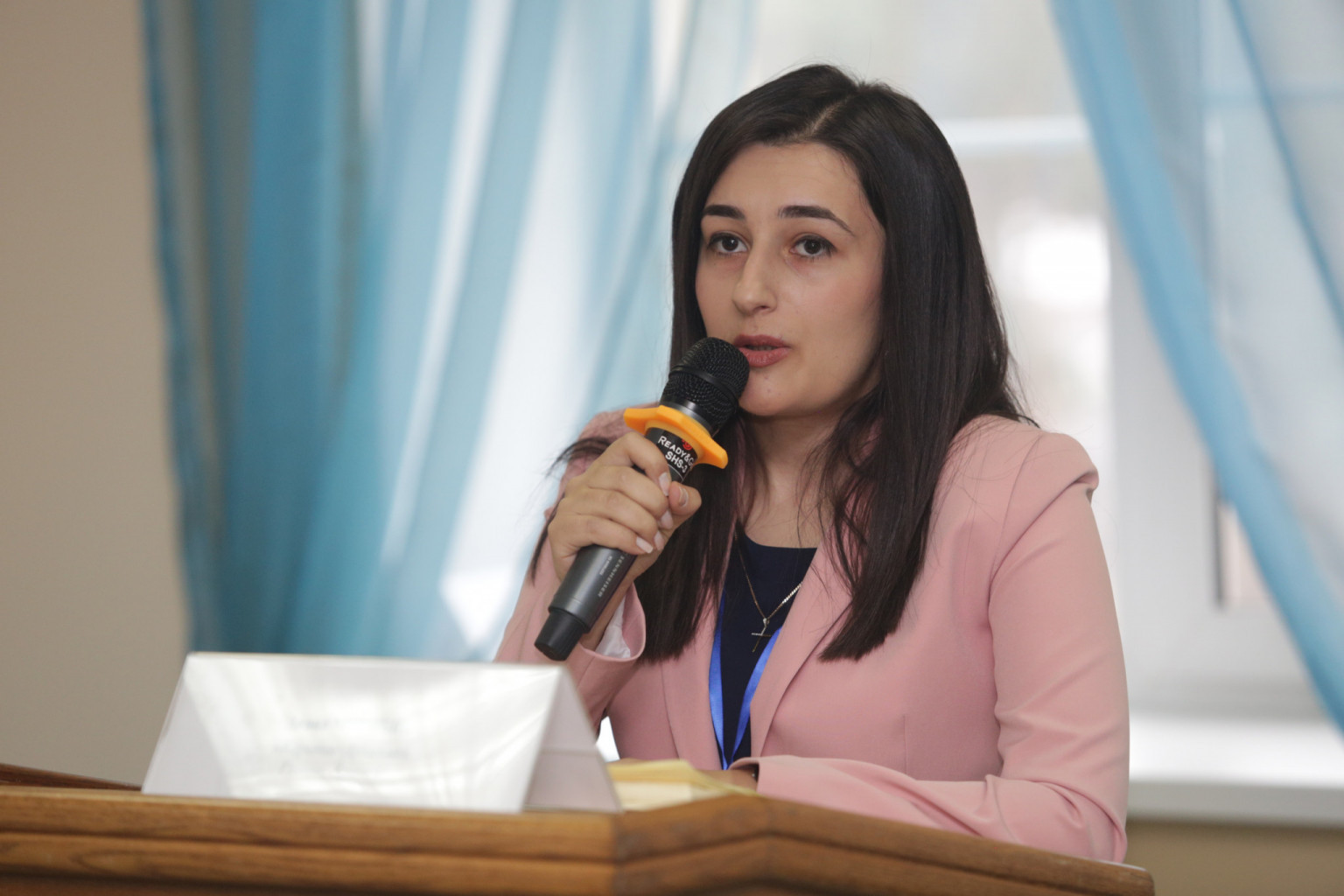 Diana Miribian – project coordinator in Armenia and an employee of “Armenian Caritas” in Gyumri – thanked for effective cooperation in the field of integration of internally displaced persons and refugees.

In the form of 6 short presentations, participants first revealed the idea of the techniques, areas of application and possible target groups. Then these methods of work could be studied and personally tested more specifically in an interactive environment within each of the 17 two-hour workshops. 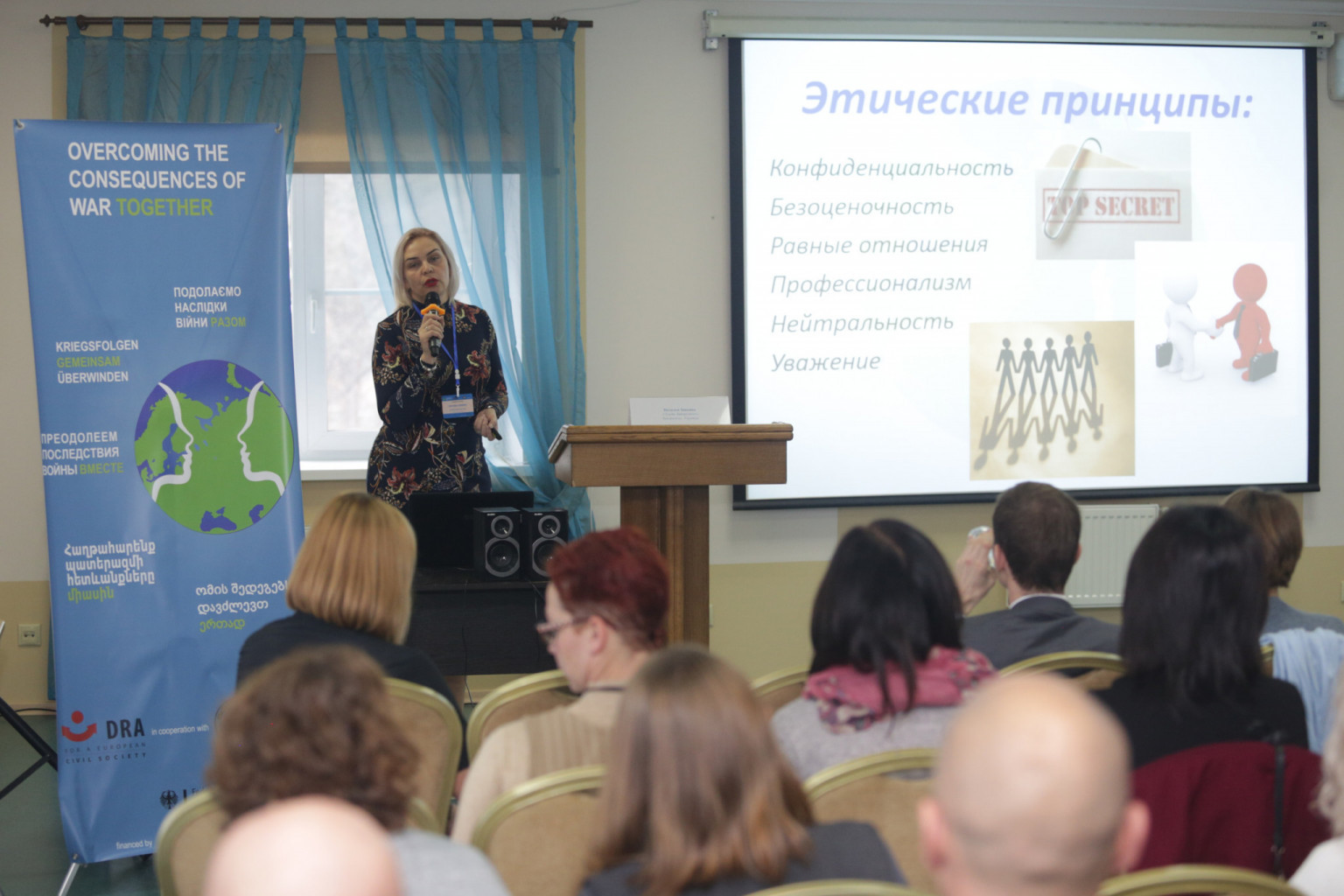 Presentation of the educational program for clinical supervision in Ukraine.

Presentation of  educational program “From rehabilitation to education and practice of counteracting domestic violence as a consequence of the armed conflict in the East of Ukraine with the involvement of men”.

“The fair of 32 subprojects of our project”, which took place in the evening of the first day of the conference, introduced the methods one can apply to resolve and weaken problems and conflicts caused by the war as well as which social groups our participants worked with. 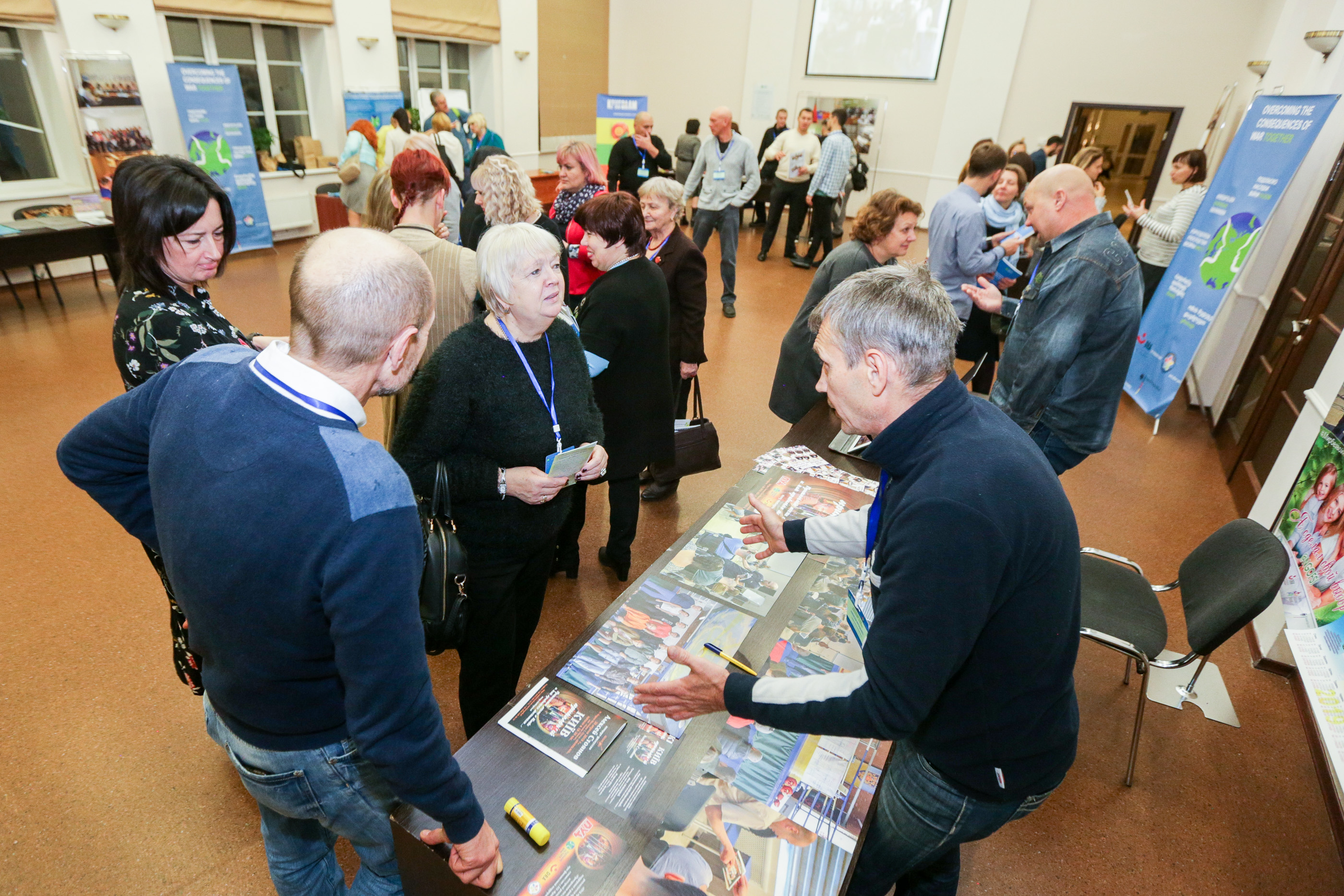 The same evening, the publications published as part of our project were also presented: a methodological guidebook on anti-discrimination work in conflict-affected regions and an information brochure on successful integration projects for internally displaced persons and refugees in Ukraine, Georgia, Armenia and Russia (North Caucasus). 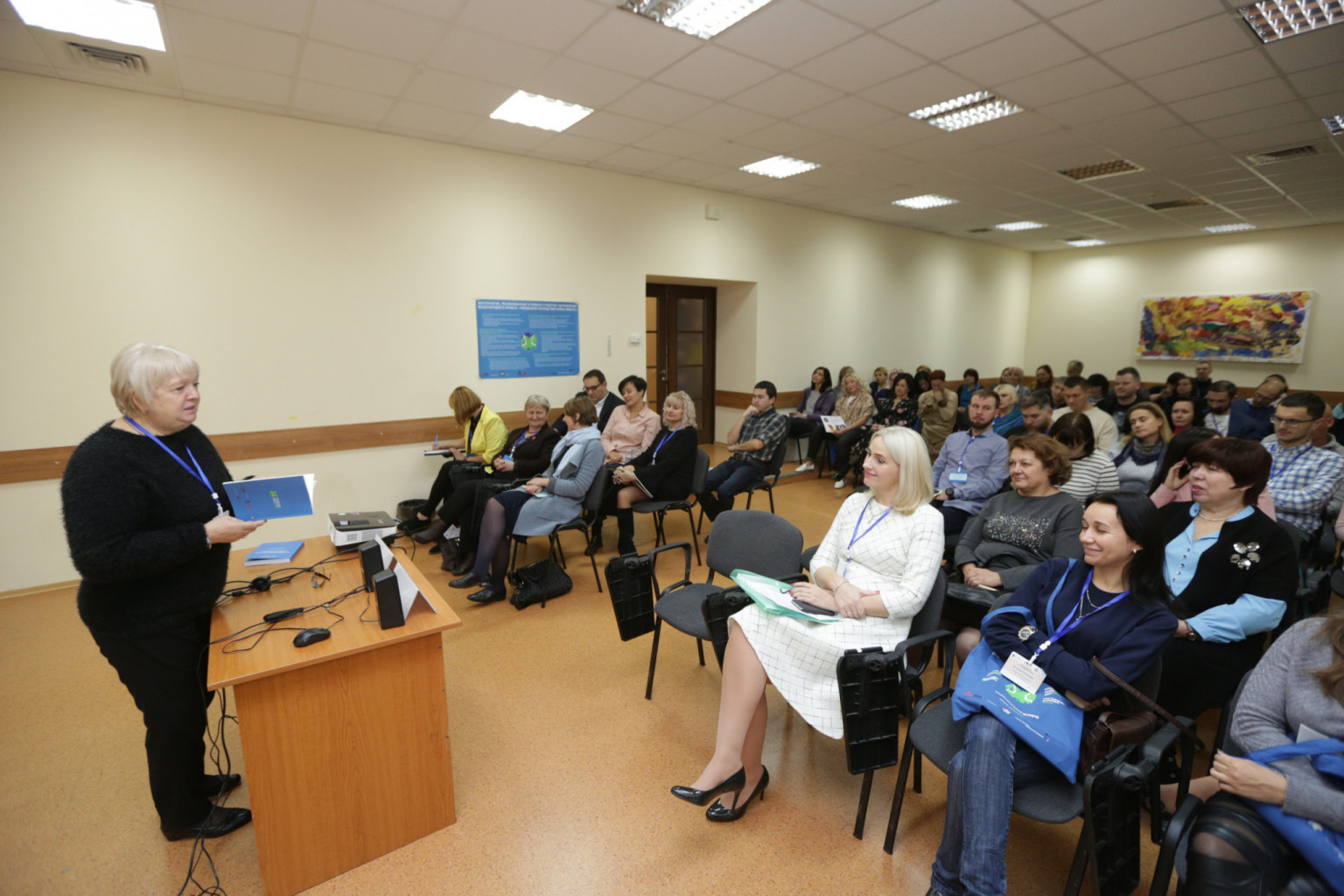 Alla Gamakharia, Project Coordinator in Georgia and Head of the Fund “Sukhumi” in Kutaisi (Georgia), presented an information brochure on successful integration projects implemented in Ukraine, Georgia, Armenia and Russia ( North Caucasus) at the fair of subprojects.

Additionally, the final meeting served as a platform for exchange of information and beginning of long-term relations between our participants, project partners from 5 different countries and invited representatives of Ukrainian civil society from Kyiv and surrounding areas. 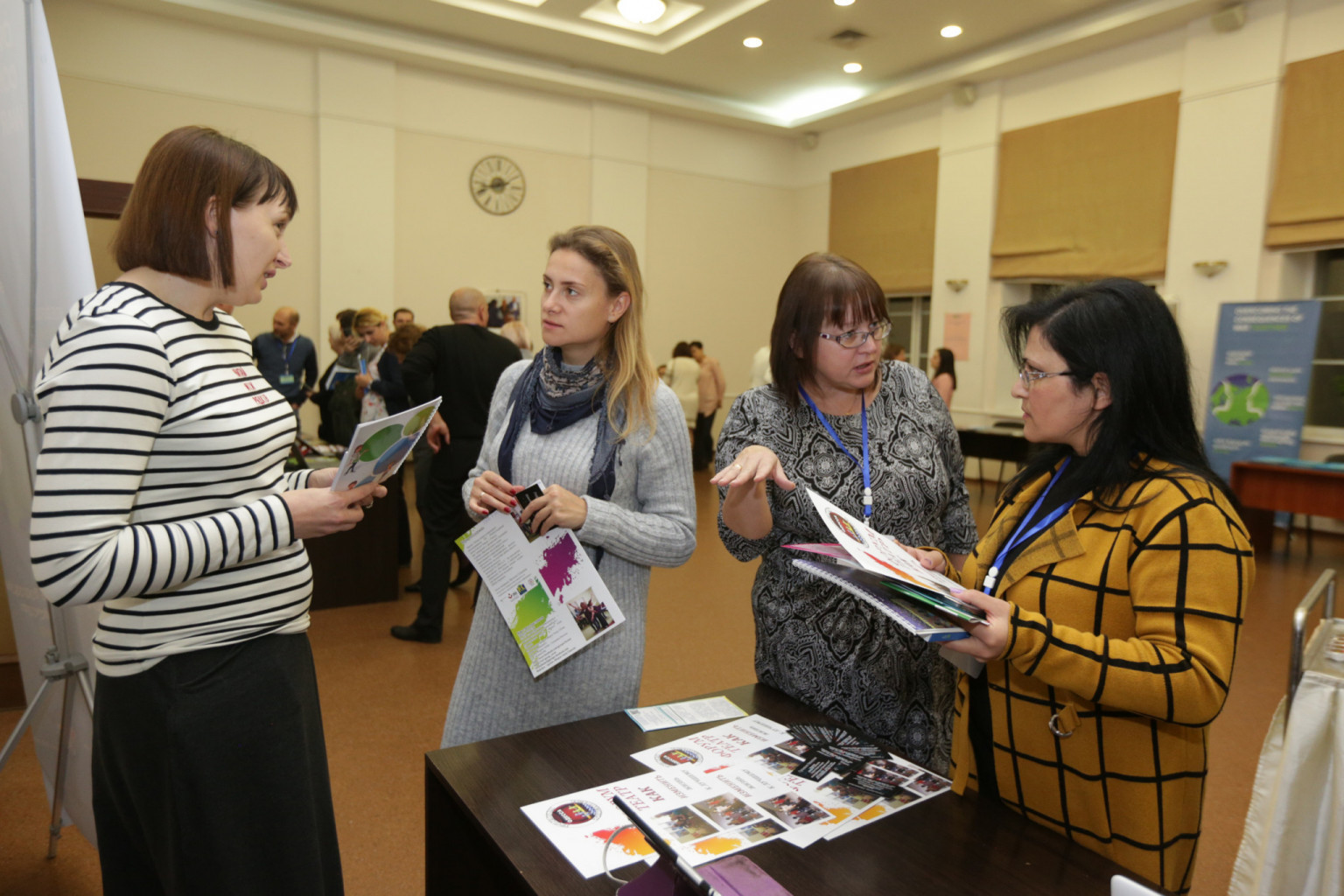 Presentation of the component of the project: “Achieving dialogue and peaceful settlement of conflicts with the help of Forum theater”. 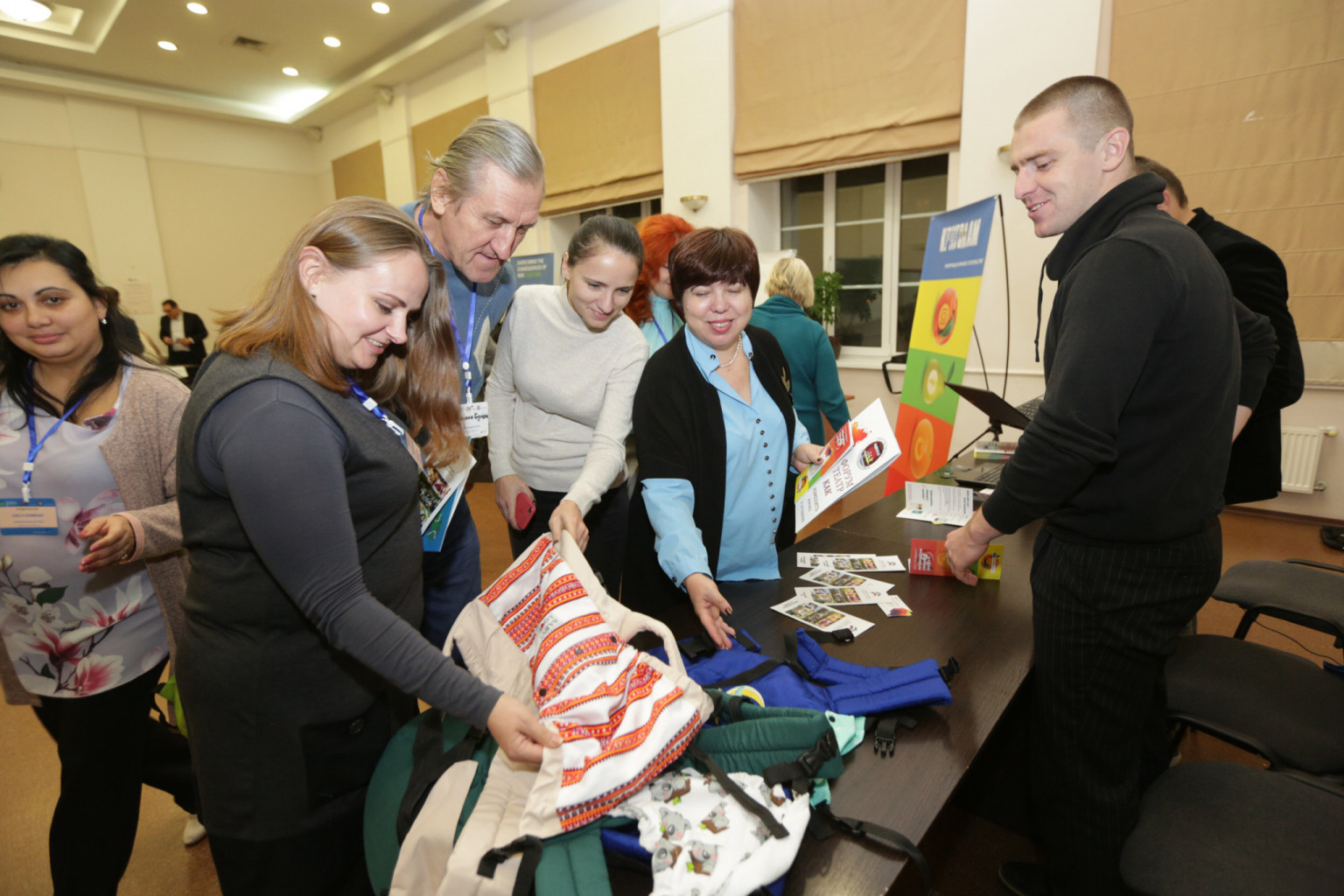 Presentation of four social enterprises based within one of the components of our project: “Promoting the development of social entrepreneurship for resolving social and economic conflicts”. 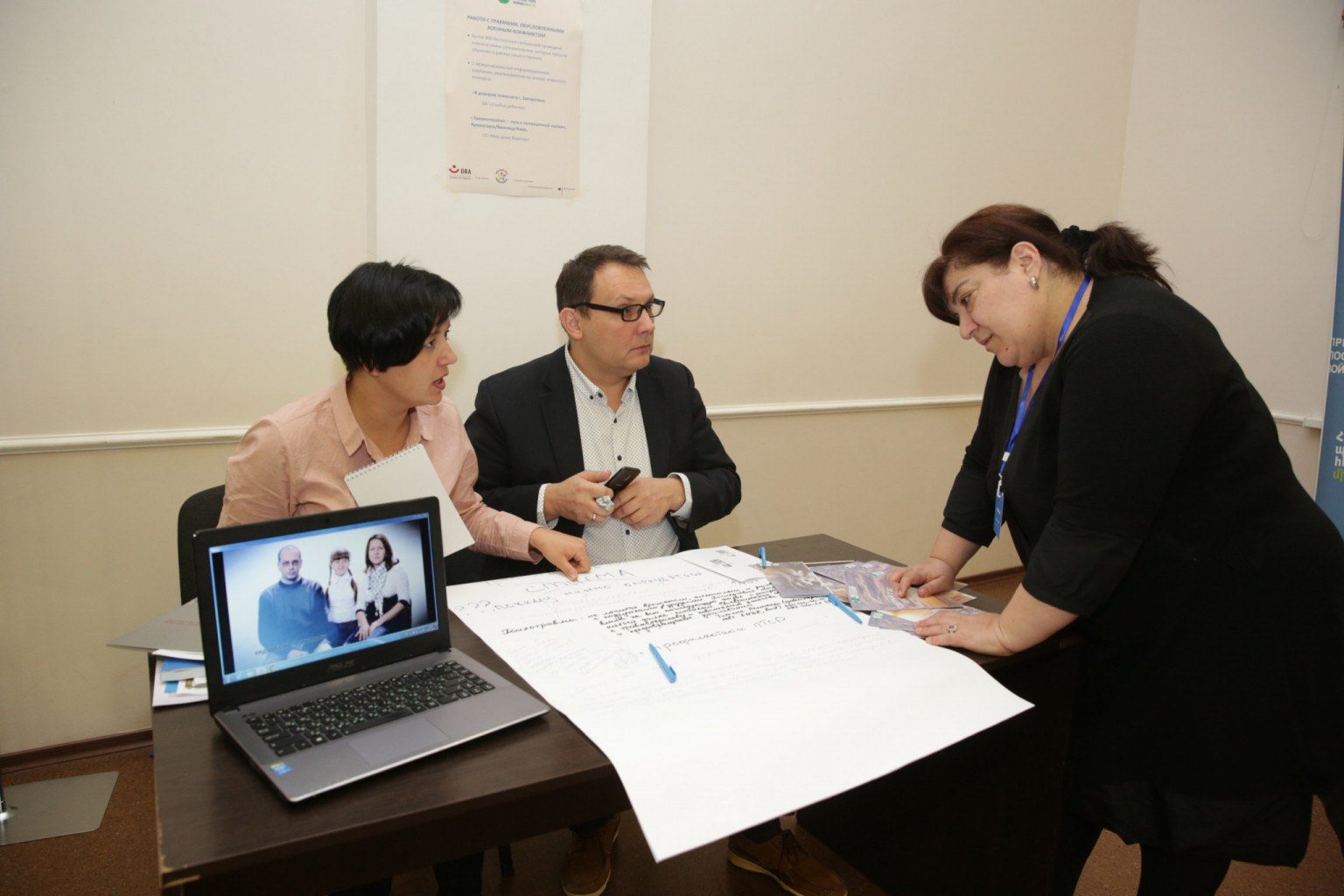 Presentation of information campaigns conducted in order to reduce stigmatization of psychotherapeutic assistance offers in Ukraine. 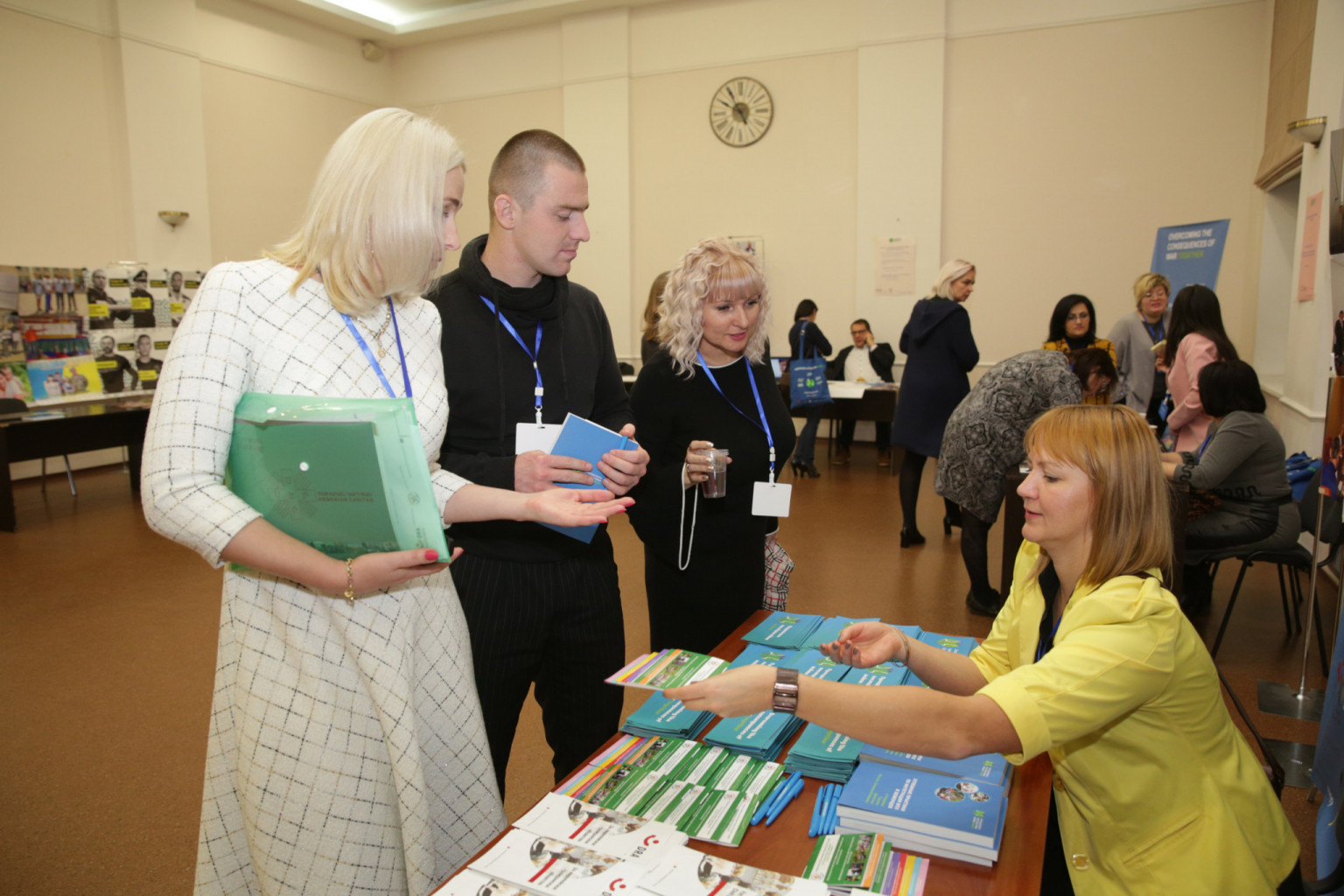 Achievements of the project “Overcoming the consequences of war together.”

Video recordings of the final meeting of our international project, as well as other videos created in the framework of this and our previous project, can be found on the Project Video page.

Video materials are divided into different directions of our project. For example, the title of one of the components of the project “Promoting the development of social entrepreneurship for resolving social and economic conflicts” presents a record of the international thematic conference “Social entrepreneurship as a tool for overcoming the consequences of war in civil society”, which was held on September 4, 207 in Dnipro. On the page of another component of the project “Integration of internally displaced persons and refugees” there was a television report of the Georgian regional channel “Deviataia Volna” (The Ninth Wave) about an educational trip to Georgia, which took place in July 2017. 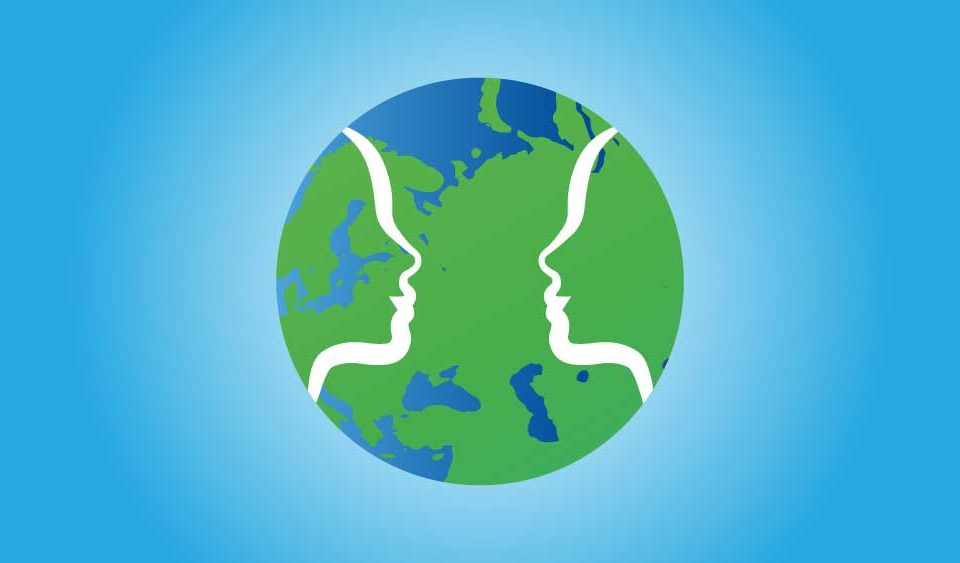 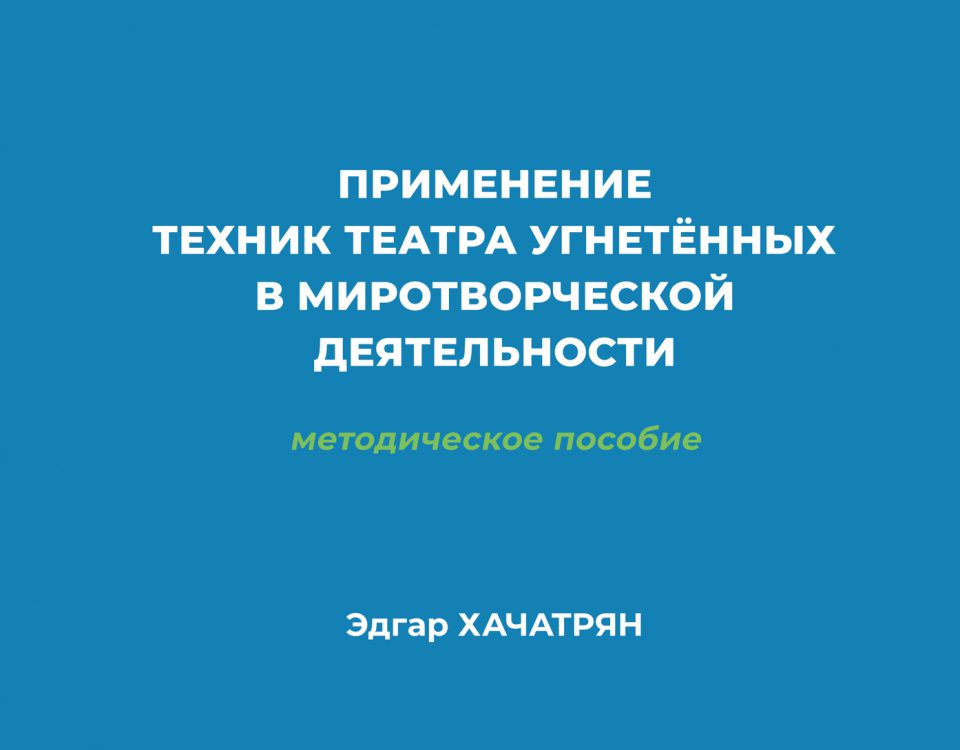 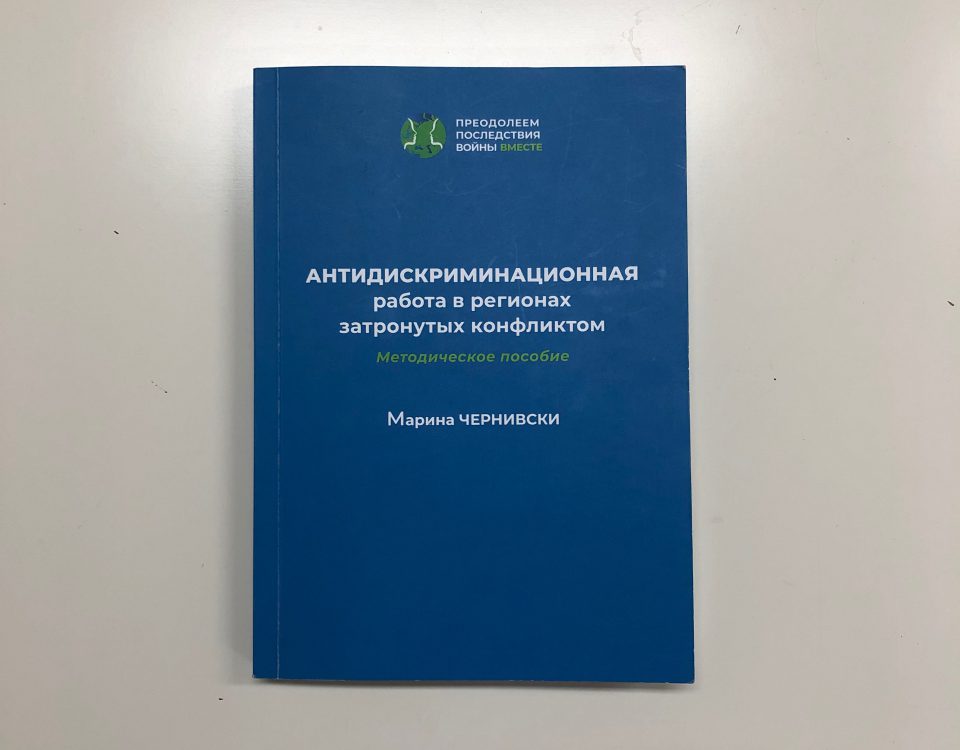