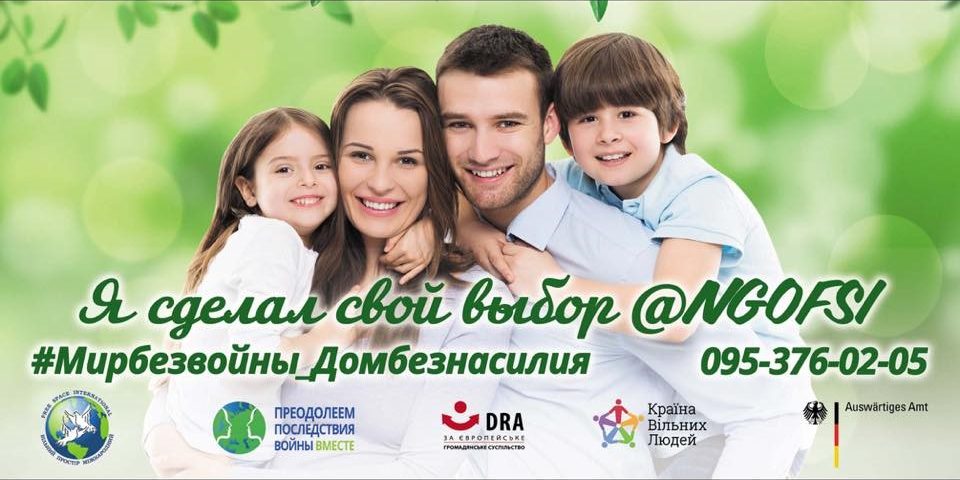 From April to May 208, within the framework of our project, an information campaign entitled “World without war is a home without violence”, aimed at counteracting domestic violence as a consequence of the war in the east of Ukraine was conducted in Severodonetsk. The next goal was to find new like-minded men for further work to reduce and prevent domestic violence.

Through held events, the campaign drew attention of men of Severodonetsk to the topic of domestic violence, especially among internally displaced persons and (former) participants of military activities, and captured more than 7,000 Internet users and residents of the region.

The initiator of the information campaign “World Without War is a Home Without Violence” is one of the participants of our educational program “From Rehabilitation to Education and Practice of Counteracting the Critical Growth of Domestic Violence as the Consequence of the Armed Conflict in East of Ukraine” Aleksandr Dubina. Conducted within the framework of the program, Aleksandr implemented the information campaign together with like-minded people who were brought due to the seminar he had held at the first stage of the project.

To visualize the topic, the placement of a billboard in three places of Severodonetsk with the slogan “I made my choice @NGOFSI #Мирбезвойны_Домбезнасилия” was used as a beginning of the information campaign. These billboards drew attention to the problem of domestic violence associated with the war, and encouraged men to become interested in this issue and contribute to the solution of the problem. The event was supported by active men of the city with a photo-campaign, which was published in social networks.

The men from the water sector of LLC Town Service supported the information campaign “World Without War is a Home Without Violence”:

In order to attract attention of city residents and at the same time to get the opportunity to invite passers-by to a seminar on the topic “Preventing Domestic Violence”, on May 9, 208 a thematic flash mob was held on the streets of Severodonetsk.

During the campaign, the initiators deliberately addressed men and talked to them about the problem of domestic violence as a consequence of military activities in the east of Ukraine, handing over an invitation to the seminar.

A two-day seminar was held from 20 to 2 May with the participation of men, including former participants in the military activities and internally displaced persons.

The campaign received, among other things, coverage in the media through a 30-minute radio interview with the campaign initiator Aleksandr Dubina. The main message of the interview was the phrase “Hitting does not mean love”. Aleksandr tells about his participation in our educational program and the relevance of the problem of domestic violence as a consequence of the war in the east of Ukraine, in Ukrainian society. The interview was held on May 7, 208 in the studio of “Hromadske radio” (language: Russian):

The campaign ended with the creation of a video with the same title “World Without War is a Home Without Violence“, which is a summary of all events of the information campaign (language: Russian):

All news and publications that took place within the framework of the information campaign “World Without War is a Home Without Violence”, as well as the future events and initiatives of Aleksandr Dubina on the topic of prevention and reduction of domestic violence, please read on the official Facebook page Free international space.

The information campaign “World Without War is a Home Without Violence”, along with six other initiatives that have been and will continue to be held in six different regions of Ukraine, was implemented within the framework of the project “Strategies for Counteracting Domestic Violence Resulting from the Consequences of War” under our financial and mentoring support. 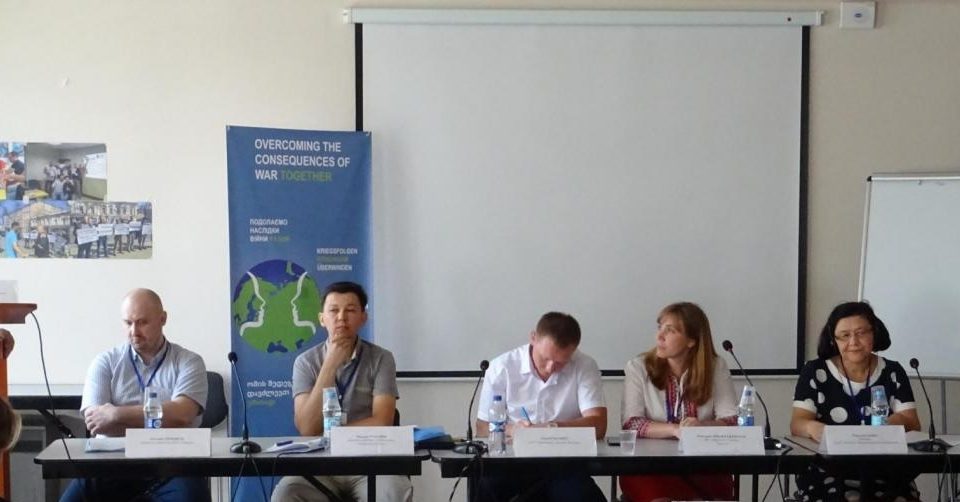 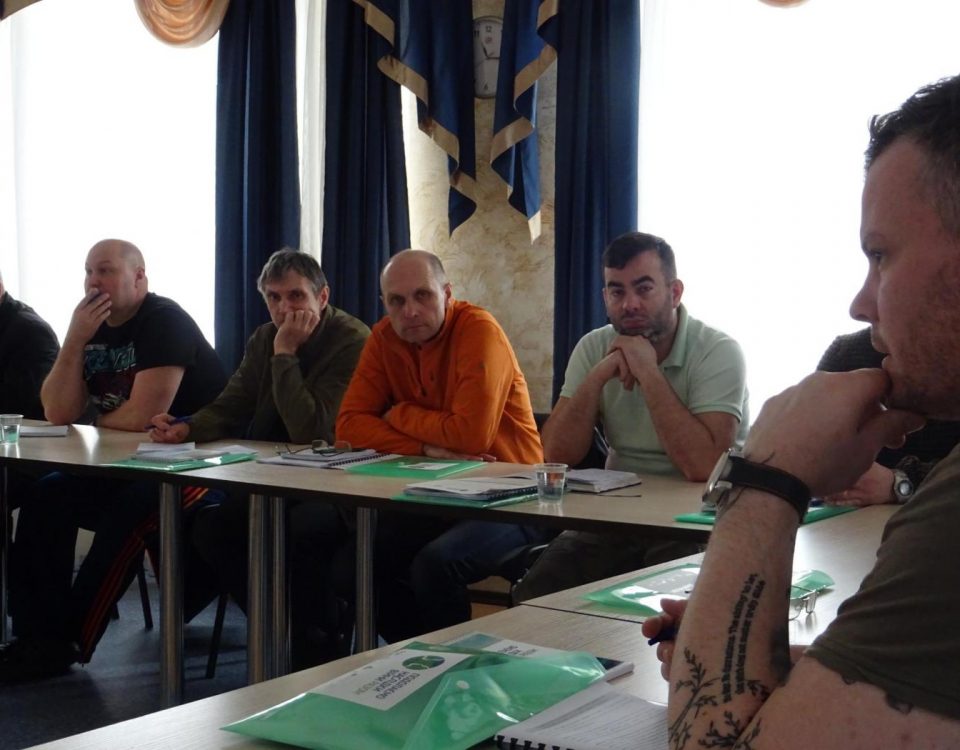 Successful completion of the educational program for men in the field of prevention and public relations aimed against domestic violence, caused by military actions 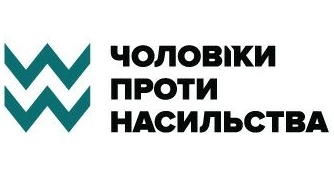 The information campaign “Men against violence” was held in Dnipro