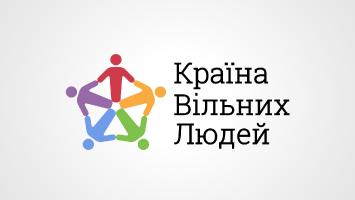 
“Country of Free People” is a non-governmental organization that was founded in April 2014 by activists from the Donbass region. With the beginning of the conflict in Eastern Ukraine they organized evacuations from the areas not controlled by the Ukrainian government, mainly from Kramatorsk and Slovyansk. The work has been extended to help internally displaced persons (IDPs) and people still living in the area of military conflict.

One of the aims of the organization`s work is to minimize the consequences of the armed conflict in Eastern Ukraine through an improvement of the social and economic situation in the country. “Country of Free People” is now mainly working in Kramatorsk and Lvyv.

- Provision of comprehensive humanitarian, legal, psychological, social and medical assistance to IDPs through the opening of an IDP assistance centre in the city of Kramatorsk;

- Support for a community centre in Kramatorsk for women and children, who fled from the conflict zone;

- Legal and psychological support for families of soldiers fighting in Eastern Ukraine;